The first of the TOMAS GROUP companies was established in October 1991. Even the name of the capital group shows that it claims and also claimed in the past allegiance to a significant world-famous businessman Tomáš Baťa, who was the founder of the Tomáš mine in Ratíškovicích. 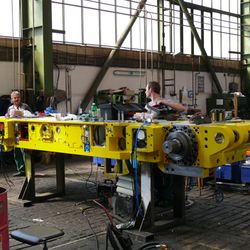 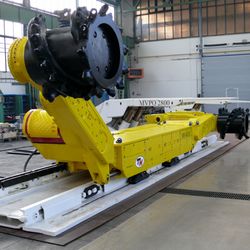 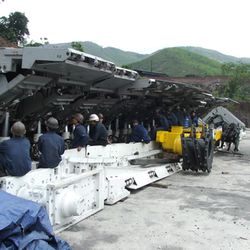 Delivery of technology to Vietnam

The TOMAS GROUP can boast steady outputs and turnovers that reach billions, dynamic development of new production technologies, both in mining technology and thermal technology. It is also one of the most important employers in its region of Hodonín in the south of Moravia.

The TOMÁŠ GROUP values their employees' work and depends on their satisfaction. As standard, they have a five-week holiday, food and life insurance contributions, language courses paid for by the employer, working clothes, including care for their clothes , for example their cleanliness and much more.

TOMÁŠ GROUP companies think not only about their employees and their family members, but also the general public. Therefore they support youth, sporting activities and other cultural social events in their region. A Children's Day is organized regularly and for adults a traditional and social ball is popular. Companies also sponsor exhibitions, vernissages and concerts in their surroundings.